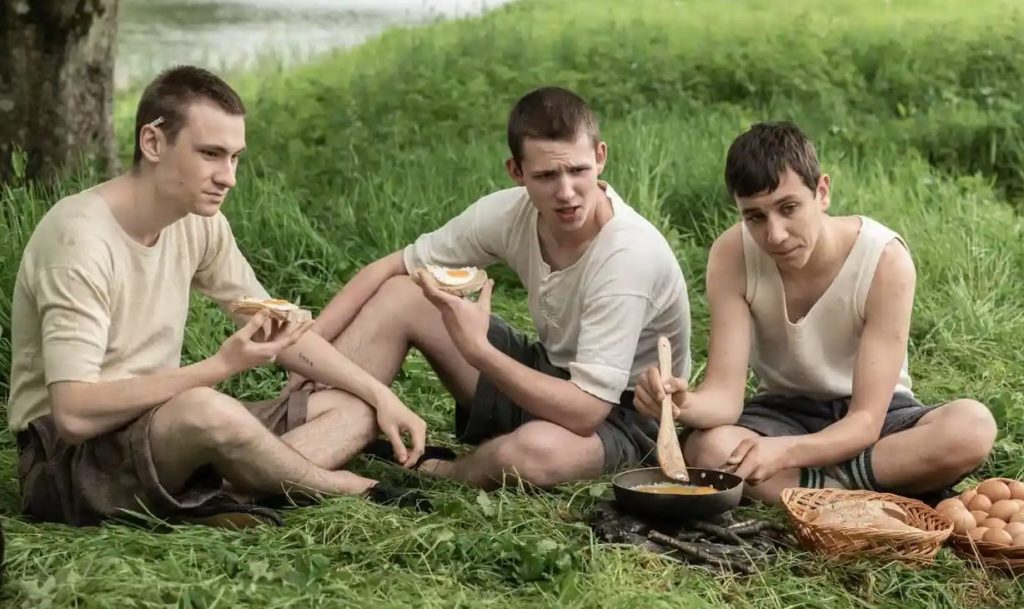 The Windermere Children review – how the Lakes saved the lives of Nazi survivors. This little-told story of the young people rescued from concentration camps and sent to Britain is poignant, hopeful – and should shame our government to the core.

The most powerful moments of The Windermere Children (BBC Two) come in the final few minutes when the drama stops and the teenage Polish actors playing Holocaust survivors brought to Britain after the war are suddenly replaced by the survivors themselves – real people, still alive, talking about their happy and fulfilled lives. It seems more than just a familiar device to show that the film is based on actual people and true events. This has been a story about survival and recovery from unimaginable trauma, so seeing these men smiling, thriving, provides an unexpectedly optimistic conclusion.

In 1945, the British government agreed to accept about 750 children rescued from Auschwitz and Belsen; 300 of them were brought to Windermere for a period of rehabilitation before being found permanent homes. The children file off the bus in silence, and are told to queue up for a medical examination – boys to the left, girls to the right – before being made to strip off their clothes. “Relax,” one boy tells another reassuringly. “Relax gets you killed,” comes the reply. When one is asked his name, he automatically rolls up a sleeve to show the camp number tattooed on his arm. They are taken to sleep in factory workers’ barracks, which from the outside look disturbingly like concentration camp sheds. They find it hard to believe that this is not going to end badly.

It is not clear that four months in the beautiful surroundings of the Lake District will be enough time to help them begin to rebuild themselves. The younger children move around in a pack, sleeping huddled on the floor beneath the beds they have been allocated; they are petrified by a pet dog they meet while walking. When Marie Paneth (Romola Garai), a pioneering art therapist, encourages them to draw whatever they like, they paint images of corpses and barbed wire. The older boys are distressed by the whistle their PE teacher uses during football training and his shouted commands that they do press-ups. Apart from a preoccupation with food, what they mostly care about is finding out when the Red Cross will arrive with information about the fate of their parents and siblings. The news when it comes is not good. And yet somehow, incredibly, they start to recover.

“You have forged a new family of brothers and sisters, who will be with you for the rest of your lives. Take care of one another,” one of the therapists tells them as they prepare to leave. “Be open to the wonders that life can offer.” And then there are shots of laughing children running through the idyllic landscapes, sentimental music blaring, and it teeters on being an implausibly saccharine resolution until the arrival of the real Windermere boys as they are now. One, Sir Ben Helfgott, whose father, mother and sister were shot by the Nazis, says after his time in Windermere he felt he was not alone any more. He went on to compete for Britain as a weightlifter in the Olympics.

It turns out they did forge a new family, and have been taking care of each other, meeting every year for decades. “I felt like living again … I started feeling like I am a human again. That’s what Windermere did for me,” Arek Hersh says and Icek “Ike” Alterman adds: “We will for ever be grateful to the British government for giving us the opportunities to go on with our lives.”

It is hard to watch this programme without thinking about our current attitude to child refugees fleeing war and political unrest. When the Windermere boys file off the bus, they are given a friendly welcome by British volunteers. One boy, unsettled by the journey, vomits violently over the man in charge of the rescue programme. “Nothing a damp cloth can’t sort out,” the man says, calmly removing his jacket. When the UK government agreed to bring over a few buses of child refugees from the migrant camp in Calais in 2016, there were no friendly officials to greet them. Instead, they were met by Sun photographers; the next day, the newspaper published pictures questioning whether they were really children.

Last week, the Commons rejected an attempt by the Labour peer Alf Dubs to ensure that the government continues to guarantee the rights of unaccompanied child refugees to be reunited with relatives here after Brexit. Dubs himself came to Britain on the Kindertransport, and speaks frequently of his gratitude for the life-changing opportunities he was offered. Of course, what happened during the Holocaust was uniquely horrific, and the circumstances are very different, but when set against this earlier record, our present reluctance feels shaming.