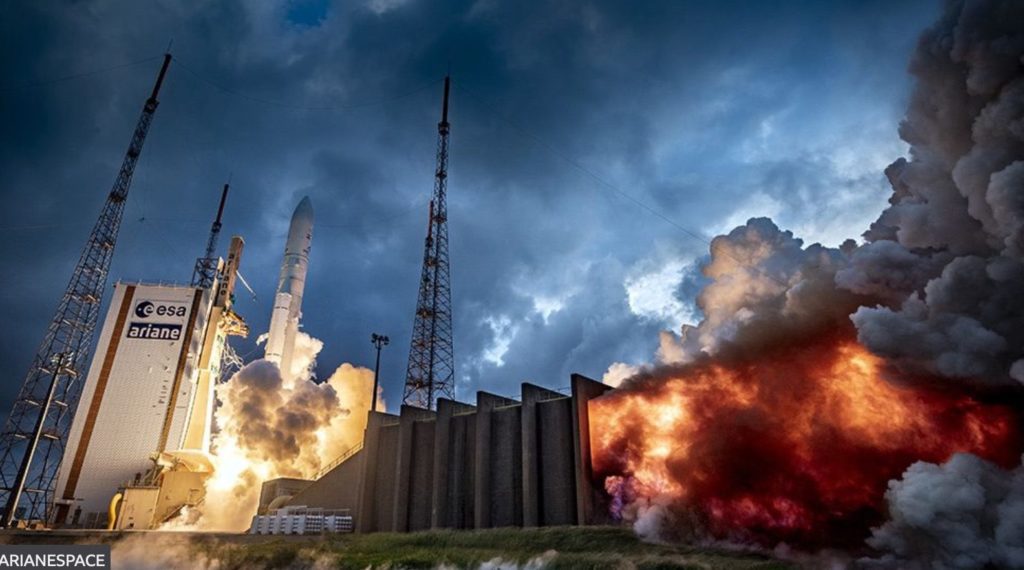 It leaves me flabergasted. Not in the least surprised that Europe is FINALLY acknowlging that it is no longer leading the field, fact which it has been denying for years… but flabergasted that it is returning to previous ambitions which were abandonned. The objectives are immense and leave me full of doubt.

A new vision for space activity in Europe has been agreed by ministers from across the continent. It aims to accelerate applications that address climate change, disaster response and the safety of satellites and astronauts in orbit.

The manifesto was approved at a meeting in the Portuguese city of Matosinhos. It proposes also two inspirational goals – for Europe to launch its own astronauts, and for a mission to return ice samples from the outer planets.

“The most important issue today was a clear and unanimous agreement to mandate the director general of Esa to follow the necessary negotiations among member states to make these ideas in this vision possible, in order to get all European citizens to better use, understand and create value out of space systems.”

There’s general agreement that Europe as a bloc is falling behind its international competitors. America and China are rapidly pulling ahead, with Europe losing ground even in those specialities where once it used to be so strong.

The obvious example is rockets. For two decades, the European Ariane-5 vehicle dominated the launch of large satellites, but it’s been overtaken now by the re-usable Falcon rocket of California’s SpaceX company. And in innovation, generally, Europe has been lacklustre. New space companies in America have been supercharged by private investment; European start-ups in contrast have struggled to access venture capital.

The new Esa DG, Josef Aschbacher, is seeking to re-invigorate the European space ecosystem. He had a high-level panel examine the issues in the autumn. It was the recommendations from this advisory group that formed the basis of the manifesto put before member states in Matosinhos.

It identifies three “accelerators” where Europe can pick up pace:
• Space for a Green Future – Space projects that enable us to understand the current state of the planet and help us get to net-zero greenhouse gas emissions by 2050. Earth observation satellites and their data are a key part of this.
• Rapid and Resilient Crisis Response – Space applications that allow nations to manage more effectively any crises that crop up. Examples would be the severe flooding and wildfires seen in parts of Europe earlier this year.
• Protection of Space Assets – This week’s drama surrounding Russia’s use of a missile to destroy a satellite in orbit has highlighted the need for new systems to safeguard European astronauts and satellites from interference.

The manifesto’s two “inspirators” are really quite long term and would also be very expensive to implement. The icy moons of Jupiter and Saturn intrigue scientists because the observational data suggests they might be good places for life to take hold. Bringing samples back of their frozen terrains, or even their subsurface oceans, would certainly be an exciting endeavour. Likewise, astronauts are very good at energising young people to go into technical careers, but running a human spaceflight programme is tremendously costly.
“Today, we have three nations (US, China and Russia) being capable of launching their own astronauts into space, with one coming up very soon, India; and there will be others on the horizon,” said Dr Aschbacher.

“The question is – does Europe also want to have its independent access to space for future space exploration? This means the next frontiers, which are of course in low-Earth orbit, but also on the Moon, on Mars and beyond.”
A European space summit will be held in February in Toulouse, France, where the issues will be discussed further. Dr Aschbacher is hoping momentum will build up behind a transformational increase in Esa’s budget come the next ministerial council meeting in 12 months’ time.