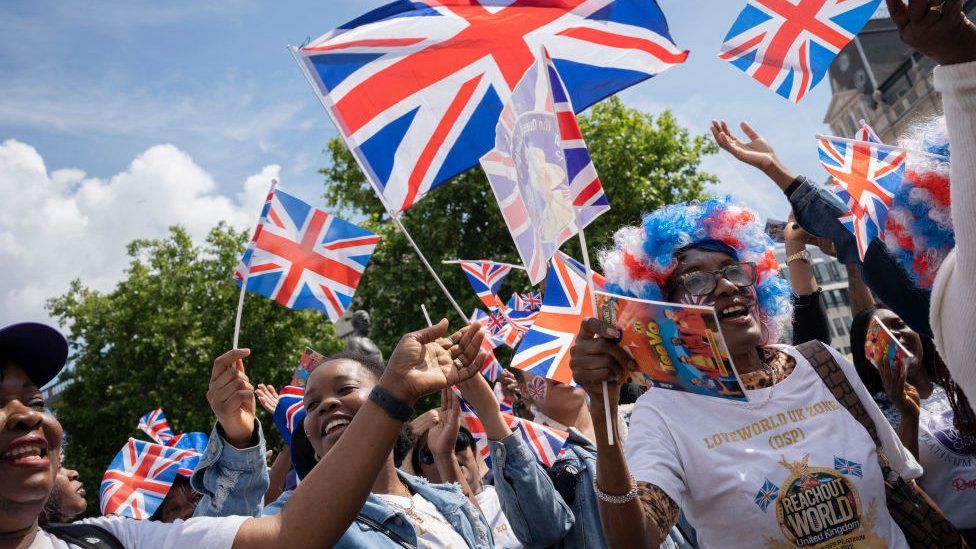 “What a strange thing is monarchy,” a noted diplomat once wrote, as the crowds gathered outside Buckingham Palace a long time ago.

And what long strange things are jubilees: barely rational, every-now-and-then excuses for a national party, suffused with military and religious ritual, and bound together by that most irrational of institutions, the Royal Family.

Thursday saw a huge outpouring of love and larks around Buckingham Palace. When the crowd – penned 10-deep all along the Mall for hours – surged into the area in front of the palace, you could have parcelled up the joy and sold it around the world.

They saw the Queen they had waited so long for. She, from that balcony again, saw the crowds, and could not have missed their love and respect.

Once, also a long time ago – on the day the World War Two came to an end in Europe – she’d slipped out the side door with her sister, to party in the streets as the nation exploded with pleasure.

This time she would stay on the balcony, and chat with her naughty great-grandson, and smile and wave.

But the Royal Standard would not remain above the palace long. The Queen returned to Windsor. And she would not be present the next day at the Service of Thanksgiving in St Paul’s cathedral in London.

The appearance instead of royalty-across-the-water, Prince Harry and Meghan, Duchess of Sussex, restored soap-opera intrigue to the day. Could they have sat any further from their immediate family?

Who hasn’t struggled with where to place couples who really don’t get on? It was a touching reminder that though they have more military uniforms and palaces, the Royal Family’s problems are sometimes as banal as our own.

The weekend was about the Queen, but everywhere was Prince Charles, who now serves as her representative at every public state occasion.

And so it was also about his wife Camilla, the Duchess of Cornwall. There was no discernible reason for her to stand silently next to Prince Charles as he paid tribute to his mother’s service on Saturday night. But as Harry and Meghan found out, who’s where is what a lot of royalty is about.

Earlier that evening, Prince William called on people to save a world still consuming more than it could bear, grounding his urgent tone in three generations of royal environmental concern.

Every big royal event is a drawing of a line, an ending of sorts – and with it a new beginning. It’s part of the magic – or strangeness – of an institution that, like Dr Who, gets to regenerate.

This was also, alongside the partying and pageantry, a farewell to the Queen who after seven decades is withdrawing from public life.

There’s no real way of judging the success of the weekend. A good proportion of Britons couldn’t care less about the monarchy.

But over the weekend millions, perhaps tens of millions, have taken the opportunity to have a good time, after a couple of years of really bad times, helped by that strange thing from a long time ago, monarchy.

And ever-dutiful, she performed another service to her people. It is good to know, at long last, what’s in that handbag.