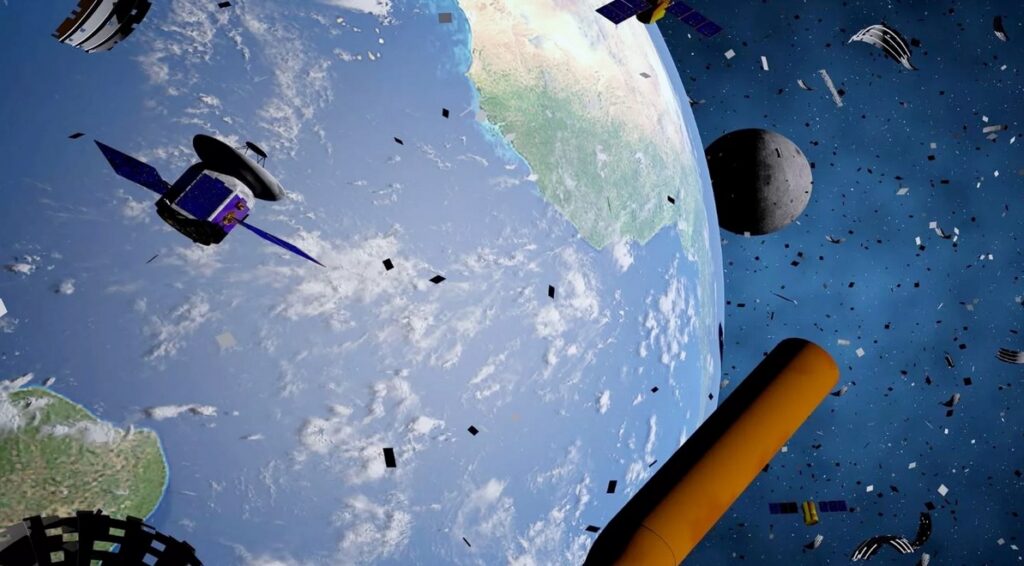 Article based practically entirely on Tweets published on Twitter by Ronald Drimmel, astronomer from Montana, mapper of the Milky Way and advocate of DarkSky (pressure group fighting to defend the right to clear night skies.) This analysis has attracted the attention and congratulations of at least one astronomer Fred Jansen with whom I have worked on the XMM-Newton X-ray telescope mission.

The issue in a few figures :

There are already some 6000 constellation satellites in orbit, such as the Starklink one on left. The estimated number in a few yeras time will be 340,000 !! How cannot that become a threat ?

It is a terrifying thread of facts giving some sense of why SpaceX’s expansion plans in low Earth orbit that add up to a giant ecological experiment. Dumping lots and lots of stuff in the upper atmosphere seems, to say the least, like a bad idea…

The expected capacity of SpaceX’s Starship is about 150 tonne, so that means about 120 Generation-2 Starlinks per launch. That means to deploy 30,000 satelittes you need 250 Starship launches. But the expected on-orbit lifetime of the 2nd generation craft is the same as its predecessors, namely 5 to 7 years.

That means you have to deploy the consellation in less than 5 to 7 years, or you will never reach 30,000 satellites before they start falling out of the sky. So to deploy 30,000 satelllites in 5 years you need 50 Starship launches each year. And Starlink is just one of the many proposed constellations..

A recent estimate is that global launch rates will reach 1000 per year. And yes, this is expected to have a significant effect on the atmosphere. Atmospheric scientist Christopher Maloney believes so. In a new study, he and his colleagues modeled how black carbon belched out by rocket launches around the world is likely to gradually warm parts of the middle atmosphere and deplete the ozone layer.

But the problem is not just rocket exhausts: What goes up must come down. Let us generously assume that “only” the 20,000 Generation 2 Starlink satellites below 400 km orbits have a 5-7year lifetime. Once deployed you need at least 30 Starship launches per year to maintain the constellation. And 4000 1.25 tonne satellites falling to Earth per year. That is 5,000 tonnes of aluminum and rare earth minerals deposited in the upper atmosphere yearly. And that calculation is, again, for just one constellation.

Scaling this up to 100,000 satellitess (the estimated total number of constellation satellites), that means *at least* 25,000 tonnes per year of aluminum and other metals deposited in the upper atmosphere. With what consequences ? We have absolutely no idea !! So let’s see what happens if…

The research, led by Michael Byers, a political scientist at the University of British Columbia in Canada, measures the risk that a piece of space debris will fall to Earth in a populated area over the next given decade. His team calculated chances as high as one in 10 that a chunk of spacecraft big enough to injure someone or cause property damage will survive the trip through Earth’s atmosphere in the next 10 years. It’s only a matter of time before someone is killed by falling space junk.

And I have not even touched on the potential impact on the space environment. Managing such a large constellation needs constant avoidance manuevers, but if an unexpected solar storm even temporarily knocks out a fraction of the satellites, the situation will degenerate very quickly.

Final aspect that of light pollution of our heavens: the Generation-2 Starlink satellitess are larger than their predecessors. Just considering the satellite platform, they are about 6 tims larger. But most of them will be on smaller orbits, of between 340 and 400km. So their apparent size, which determines their brightness, is about 9 to 10 times larger.

That is, to be no brighter than Generation-1, the Generation-2 craft will need to be at least ten times darker. Fortunately, Starlink has been working on this, but will it be enough? One can doubt it because Elon Musk does not have kept his word to reduce satellite refelctivity. Even with the darkest skies possible, this light pollution from above is becoming inescapable. The truth is we are already transforming the night sky for all of humanity.

The unavoidable conclusion is that we are recklessly “developing” a common resource, with little or no regulation, for the benefit of a few, but at a cost that will impact everyone. This could be an ecological and cultural disaster 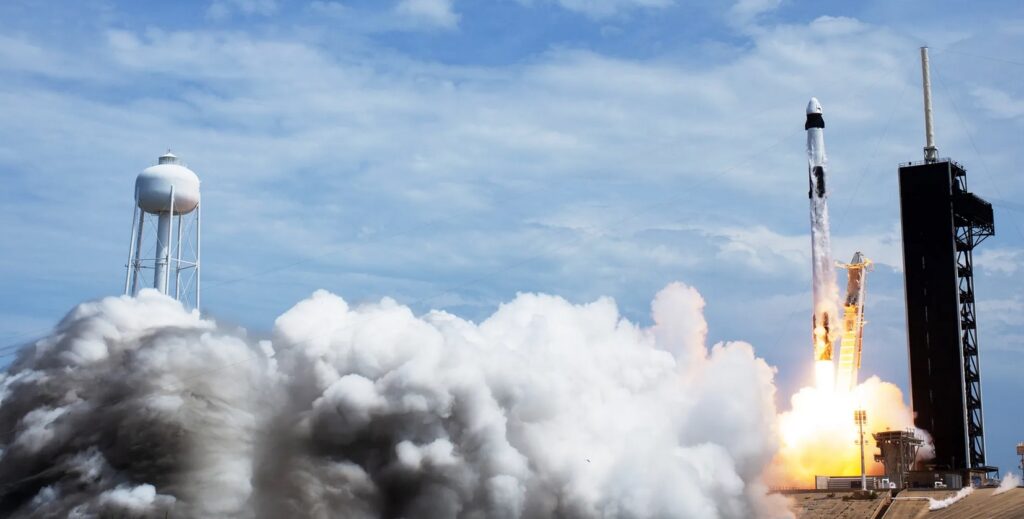 Second stage tank of Falcon 9, fell into a farm in Central Washinton on April 2, 2021

A camera used to detector meteorites (vertical lines) and all the rest being constellation satellites.