2MT Writtle – The birth of the BBC 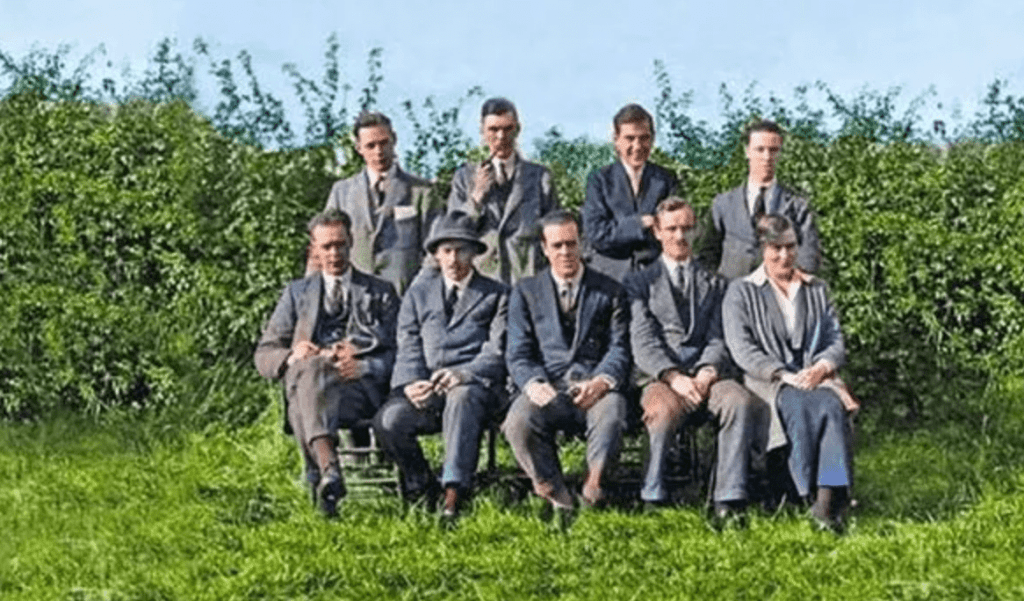 How modern radio was shaped 100 years ago in a wooden hut with pub-written material.

It all began one chilly winter’s evening in a wooden former army hut on the edge of a partially-flooded field next to a sewage farm in a small Essex village. 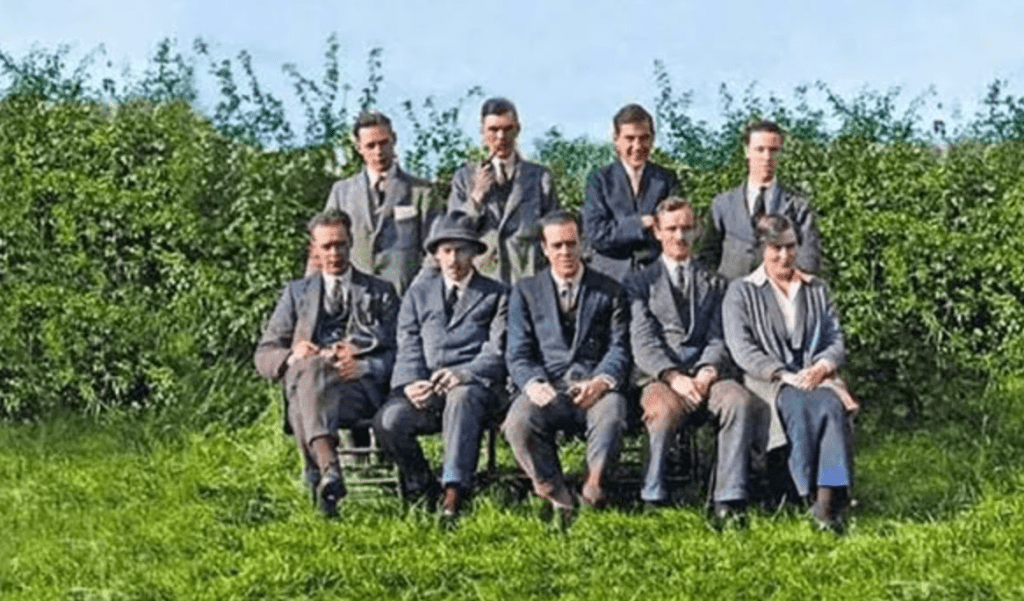 Today, there are around 600 licensed radio stations in Britain and many thousands more worldwide that we can tune in to via a wide range of devices. But on February 14, 1922, it was very different.

At 7pm that night 2MT Writtle – named after its official call sign and the village near Chelmsford from which it was being broadcast – began the first regular radio broadcasting service in the UK. Radio as a means of communication had been in development since the late 19th century. However it was only after the First World War that “the wireless” began to take off as a commercially viable entertainment medium.

Pioneering transmissions by the Marconi Corporation took place from Chelmsford in 1920. In June that year, Australian prima donna Dame Nellie Melba became the first professional artist to broadcast in Britain when she gave a 30-minute concert. She was paid the handsome sum of £1,000, around £47,000 in today’s money.

However, in November these experimental transmissions had to stop because the Postmaster General was concerned they were interfering with the radio equipment of ships and aircraft.
In early 1922 though, broadcasts resumed, with the government’s blessing and this time on a regular scheduled basis.

Mind you, radio hams listening through their earphones and crystal sets, had to make do with just one programme a week, for just under an hour, every Tuesday evening.
Marconi had undertaken to provide the service using some of the engineers at its Writtle site. Thus was born the laid-back world of 2MT Writtle, transmitting from a field in rural Essex to around 8,000 people.

It was as far away from the high-octane world of today’s digital radio stations with their breaking news stories, six-figure salaries, celebrity presenters and large teams of producers, researchers and technicians, as can be imagined.

Rolls Wynn, one of the eight-strong Writtle team of engineers 100 years ago, later recalled how the station prepared for its weekly broadcast.

“Some time on Tuesday afternoon, the piano would be trundled into the hut, and we would receive a bunch of records – most of which were usually rejected as too high-brow,” he said.
“Programme planning was done at the Cock and Bell [pub] up the road, half an hour beforehand.” The team’s broadcasting work was in addition to their usual job of designing Marconi wireless equipment for aircraft.

The kit used for the early broadcasts was basic. The microphone was the same as those used as telephone mouthpieces at the time.

After a record was announced, the microphone was then transferred to the trumpet of the wind-up gramophone. The whole station was powered by an enormous generator.
“Our equipment was crude and could not compare with those today,” another of the “Original Eight”, Edward Trump, told a newspaper in 1947.

The first night was not short on real-life drama.

“Just minutes before going on air, the transmitter started to give off a horrid crackling, then a loud explosion shattered a tubular glass condenser, and with it came a complete loss of signal,” reveals Tim Wander, radio historian and author of 2MT Writtle: The Birth of British Broadcasting.
A broken capacitor was replaced, and the transmitter restarted but there were still problems.
“When speech came through the repaired circuit it was noted that it had a very peculiar tone,” says Wander

After three five-minute sections of Morse Code signalling, as stipulated by the Post Office so the signal could be calibrated, the speech and music section began. Well-known local baritone Robert Howe sang songs, including The Floral Dance and The Bosun’s Lament, and following a cello performance, various gramophone records were played.

But the transmitted signal was not strong and many listeners complained the broadcast became inaudible. The problem persisted for the next two weeks until the culprit was found. The substitute condenser fitted on the first evening was too powerful and affected the output.

Despite its teething troubles, 2MT found its stride and shaped radio in a way that would last forever. It gave us Britain’s first DJ and set a precedent for the way presenters would communicate with the public and banter with each other in future.

Eckersley, 30, whose actual role was as the station’s chief development officer, only became Britain’s first radio star by accident. One Tuesday, the pre-broadcast planning went on rather longer than usual at the Cock and Bell.

Eckersley rushed back to warm up the transmitter and, in the words of Wander, “feeling at peace with the world” after the convivial pub session, “immediately adopted a less formal attitude toward the microphone than normal”.

He “simply came alive in front of the microphone, conducting the whole show more or less single-handed and telling the silliest stories that he seemed to grasp out of thin air, as the moment demanded”.

2MT Writtle was supposed to go off air at 8.30pm, but Eckersley kept on going. After 9pm he started singing. The next morning the Writtle team feared the worst. They awaited news that they would be shut down for insubordination. Instead, they received a large bag of mail from listeners saying how much they had loved Eckersley’s broadcast.

“PPE” has since been described by historian Alan Stafford as “the first radio comedian”. He kept his audience entertained by his impressions, and humorous introductions. He even sang arias.
Buoyed with enthusiasm as the fanmail poured in, the Writtle team even produced their own home-made drama, which was not so much “kitchen sink”, but kitchen table. Literally. Sitting around a kitchen table in the hut, assisted by actress Agnes Travers and her brother Ben, they performed the balcony scene from Cyrano de Bergerac.

It was Britain’s first radio play.

“Whatever the plan, the emphasis was always on amusing the listeners,” wrote Wander in 1987. “To this day people can still remember a night of grand opera from the small Essex village when the whole company of singers, instrumentalists, special effects, scene shifters and property men consisted of just three people.”

There were occasional guest stars from London – paid a £1 fee, which also covered their travelling expenses. They were met at Chelmsford Station by Eckersley who wore a carnation and velour hat so they could identify him.

He whizzed guests off in his motorcycle sidecar to Writtle and offered them fish and chips in the pub before their appearance.

But it didn’t always go to plan, as Eckersley later recalled. “A rather earnest artist came and sang very seriously. This performance produced my largest fan mail, saying it was the best impersonation I had ever done!”

And the world-famous Danish tenor Lauritz Melchior caused a technical hitch, believing the louder he sang the further his voice would be carried.

“He particularly wanted to be heard in Denmark. In consequence his opening note shattered the microphone, pulled out the breakers, and shut down the generator.”

Every demographic was catered for by 2MT Writtle including children.

A five-minute children’s spot was introduced, for which Eckersley made up verses.

On February 28, 1922, there was an important Royal occasion when the station played a recording of the wedding of Princess Mary, the only daughter of King George V, to the Earl of Harewood.
In August there was another first as the station broadcast Britain’s first ever radio quiz night. 2MT was the acorn from which the giant oak of 20th century radio grew.

In May, another station, 2LO, began experimental broadcasting from Marconi House in the Strand. Six months later, in November 1922, 2LO was incorporated into the newly formed British Broadcasting Company.

A Broadcasting licence, the forerunner of today’s TV licence, was introduced at 10 shillings a year, to help pay for the service, which at first could only be heard in London.

The BBC became the world’s most famous broadcasting company but we must not forget the role 2MT Writtle played in the history of radio.

In January, 1923 it closed down, but a century on, its influence endures.

“It created an enthusiasm for broadcasting that was destined to make radio into the greatest mass medium for communication and entertainment the world had ever seen,” says Wander.
“As Writtle returned to normality, most of the staff that had given its small claim to fame soon left, bitten by the broadcasting bug, becoming the nucleus of the new BBC.”

One of those was Eckersley who was appointed chief engineer by Lord Reith, the BBC’s first general manager.

2MT Writtle was the little radio station, which from the most unpromising of beginnings in a soggy field, paved the way for other, much larger broadcasters to follow. As Edward Trump later reminisced: “There was a thrill about those pioneering days of experiment and achievement which those who knew it will never forget.”